HDMI has grown to become the premier format for sourcing high-definition video onto any display; as a result, companies have been creative with their applications and usability options. One of these options is an HDMI splitter.

These devices are usually affordable and can be found easily on Amazon or another online store that sells HDMI cables. That said, one question that people often ask is, “do HDMI splitters work both ways?”

Read on as we answer this question.

Do HDMI Splitters Work Both Ways?

HDMI splitters don’t work both ways. If you’re trying to connect several different sources to one display, you’re going to need an HDMI switch. An HDMI splitter will take the data from the initial source, and then copy it to create several different HDMI signals that are sent to all connected devices. 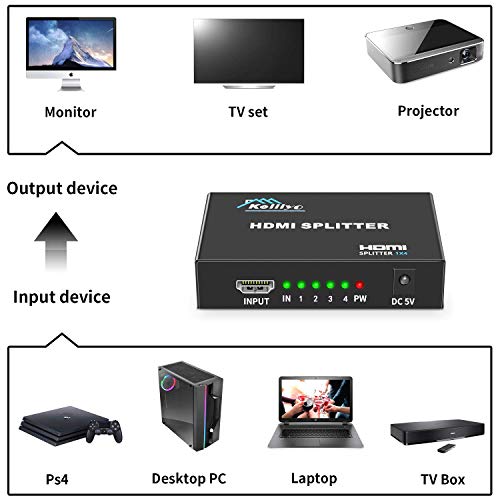 Like every HDMI cable, audio and video are split into two different streams and then sent to the connected devices simultaneously. If you’ve just started using HDMI splitters and HDMI switches, you may be confused between the two. Here’s how they differ:

The answer depends on the HDMI splitter you’re getting.

Some HDMI splitters in the market have built-in technology that automatically detects active input sources and converts them into output signals. Unlike some other splitters that you can get, these splitters don’t require human intervention.

That said, the usability options of an HDMI splitter can also differ depending on how you use it. Read on as we elaborate on this further.

The Problems with HDMI Splitters

Even though HDMI splitters can solve a huge problem in a matter of seconds, there are a few problems that can arise during the process.

One common problem is that the screen resolution on different displays may not match. Meaning, the TV in your room may support a 4K resolution, but the computer screen may max out at a 1080p resolution. The resolution variance is deliberate because of the Extended Display Identification Data Handshake (EDID Handshake).

This means that when the splitter detects that one of the connected displays supports a lower resolution, it sends out an identical 1080p resolution even to those with a higher resolution.

This can often go unnoticed because the difference between 480p to 720p or 1080p to 1440p isn’t that elaborate. The difference can become elaborate, however, when you talk about different refresh rates.

A habitual viewer watching 4K resolution at 120 frames per second will immediately notice the difference when the screen displays content at 720p resolution. But is there a way to solve this problem?

The Solution: An HDMI Downscaler

To get rid of this issue, you’ll have to get an HDMI downscaler with built-in splitting capabilities.

Simply connect all devices to the downscaler with splitting capabilities and you’ll automatically have the best possible resolutions across all of your displays.

This device will only downscale the signal towards the 1080p screen to ensure it displays content appropriately. All other displays will perform at their full potential.

The Different Kinds of HDMI Splitters 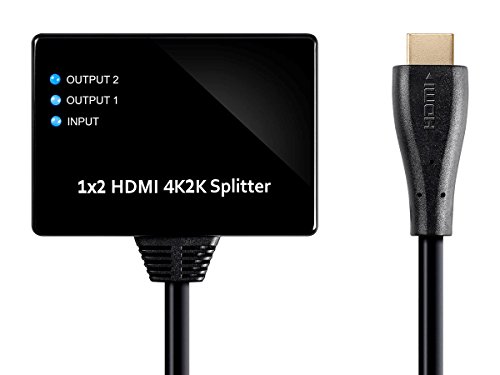 As long as the signal transmitted does not have any interference, it should be able to connect and go through without causing any problems.

However, if you’re using a single source to output both an audio and video signal separately, you shouldn’t use an HDMI splitter. A more preferred solution is the HDMI ARC or eARC.

Both of these ports are labelled, so you shouldn’t face any problem finding them.

If you’re sourcing content on two displays (like we mentioned earlier), you’re going to need an active splitter. An active HDMI splitter will need power and you’ll have to plug in an adapter. 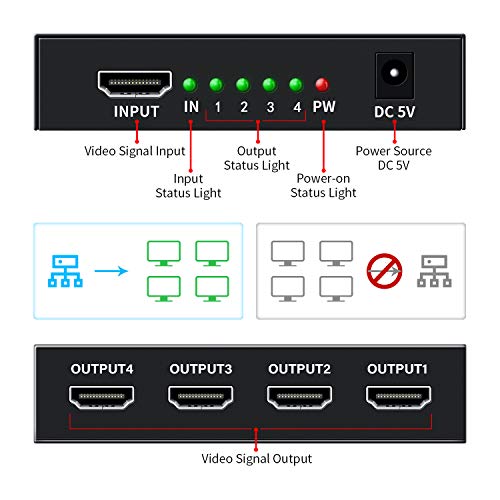 When you divide one signal into two different signals, the resulting secondary signal will always be weaker. Plus, if the cable you’re using is long, you may run into interference problems.

With an active splitter, you’ll easily enjoy the content of your choice on two different displays without a massive loss in signal integrity.

So there you have it – a definitive answer to the question, “do HDMI splitters work both ways?” HDMI splitters are built for a designated purpose. The circuitry used to build these components doesn’t allow them to be used both ways. That said, HDMI switches aren’t too hard to find, and they’re affordable, too.

As useful as this device is, there are significant pitfalls that you may run into. Ideally, we would recommend splitting the primary signal into two displays that have identical screen resolution. This way, the resolution and the frame rates aren’t going to drop.