TVs are becoming a staple in every American household. They’re beloved for their detailed, bright, and vibrant display.

Smart TVs also make it easy to stream your favorite shows or connect to other devices, thanks to wireless connections.

However, there may be nagging thoughts in your mind –– are TVs harmful, and does it cause cancer?

Well, the truth is that all televisions emit radiation to some degree, particularly radio frequency (RF) and electromagnetic field (EMF) radiation.

While TVs emit radiation, the good news is that TVs do not cause cancer.

The low levels of radiation given off by TVs pose little to no harm.

This article will cover how TVs emit EMF radiation and what you can do to minimize exposure.

The amount of radiation emitted by modern televisions depend on the following:

Since most modern TVs also have smart features, they need to connect to the internet using WiFI.

Smart TVs will constantly send signals to connect to a WiFi network.

Unfortunately, this feature can’t be turned off even if your smart 4K TV is switched off.

However, when we weigh the pros of getting a smart TV, we can’t help but think that keeping one at home is the right choice.

That’s because of the following:

On top of that, WiFi networks also emit EMF radiation. If your WiFi and other electronic gadgets are switched on 24/7, you are exposed to higher levels of EMF radiation from the WiFi router.

Lastly, some smart TVs like the LG Nanocell 75 have a Bluetooth function that sends signals for connection to other wireless devices.

While Bluetooth signals are weaker than WiFi signals, you expose yourself to additional radiation. 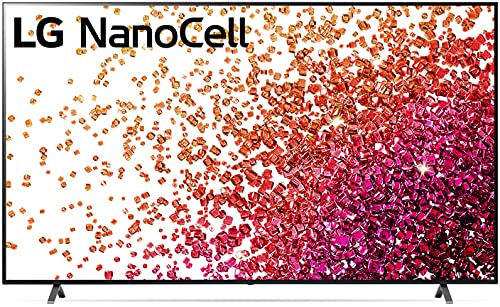 Sitting Too Close to the TV

Modern TVs, including LED, LCD, and plasma, emit EMF radiation in all directions up to 12 feet. This means that the screen isn’t the only component that gives off radiation –– simply sitting close to the electrical system will expose you to EMF radiation.

A big factor to consider when figuring out how far you should be from a TV depends on the following:

The ideal viewing distance for HD TVs is at least three times the height of the TV.

For modern TVs, you need to stay at a distance of at least 1.5 times the TV to minimize EMF exposure.

Sitting at an appropriate distance from your TV should eliminate any worry about being exposed to harmful radiation.

Watching TV for Too Long

Spending too much time in front of the TV also exposes you to more radiation, so think twice about binge-watching your shows the whole day!

Especially if you have children at home, be careful about how much TV they consume. According to a study, children are more susceptible to EMF radiation because their brains are still developing.

1. Radiation from the Circuitry

All electronic devices with a circuit board emit EMF radiation to some degree. These include microwaves, computers, laptops, refrigerators, and even washing machines. On that note, it might be best to accept that almost all home appliances emit radiation.

However, you shouldn’t be too troubled. Simple appliances and television sets only emit a small amount of radiation.

2. Electricity Radiation from the Converter

As dirty electricity travels through these lines, it releases harmful EMF radiation into the surrounding environment.

To reduce your exposure to EMF, you can plug in dirty electricity filters around your home.

To figure out how many filters you might need, you will need to measure EMF with an EMF pollution monitor . 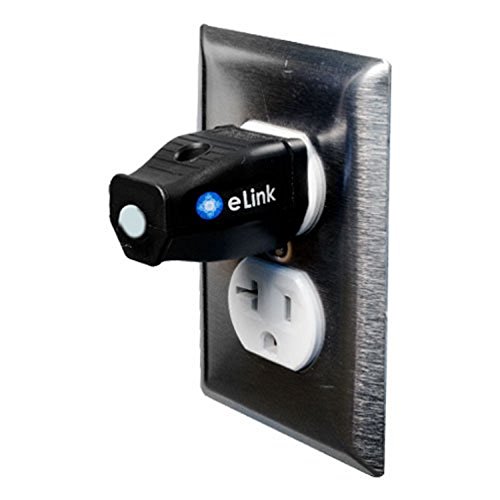 As we mentioned, smart TVs have built-in components that send signals for WiFi and Bluetooth.

Since smart TV features require the continuous transfer of a lot of data, TVs also emit radio frequency radiation, which can be harmful at high levels.

How Much Radiation Does a Television Emit?

The actual amount of radiation emitted by modern TVs will depend on many factors, including the brand, type of TV, build quality, TV size, and smart functionalities.

Thankfully, it’s possible to measure exactly how much EMF radiation you’re exposed to with the help of an EMF meter. 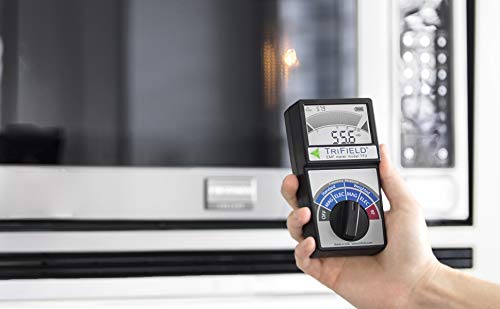 Almost every household today has a modern television set. But is this device safe to have at home?

Modern television sets have not been proven to emit harmful radiation levels, much less enough radiation to cause cancer.