Laser pointers certainly make a great tool to carry around, even in daylight, as they can be used in emergency situations.

However, these laser pointers can also be used for fun activities when used carefully and with caution.

In the past decade, laser pointer technology has undergone certain advancements, making you wonder what these pointers can do.

One thing many people wonder is whether or not a laser pointer can pop a balloon.

The short answer is yes. You can certainly pop a balloon with a laser pointer.

However, it also depends on the type and color of the laser you are using, as well as the color of the balloons.

Depending on the power and color, some lasers could burn a hole in a balloon and make it pop, but others might take more time or might not work at all.

Moreover, same-colored balloons and laser pointers might not work when it comes to popping a balloon or might take more time to pop.

Can You Pop a Balloon With a Laser Pointer?

Lasers are a handheld device emitting a low-powered laser beam that highlights or illuminates something with its bright-colored spotlight.

In most jurisdictions, the power of the laser pointer is restricted to 5mW, which is enough to pop up a balloon.

Lasers have high energized light particles that can pierce through things, depending on their power.

To pop a balloon instantly, the laser must be high-powered.

The higher its power, the quicker the balloon would pop.

However, it also depends on the color of the laser and the balloon.

The laser pointer can pop a balloon that is made with thin rubber even with lower power, but it might take a little time to burn through the rubber.

When the high photons of the laser hit the balloon, the collision creates heat that gets hot enough to melt the rubber of the balloon and create a hole.

Since the balloon is pressurized, it quickly gets depressurized due to the heat.

The hole starts getting bigger in nanoseconds, the quick depressurization tears the rubber, and the balloon pops.

The majority of the laser pointers available are class 2 devices with less than 1 mW power.

The laser pointers that are between 5mW and 500 mW power are Class 3B devices, which are not readily available.

Class 3B laser pointers can certainly pop a balloon while class 2 devices cannot.

What Color, Power Laser Will Pop a Balloon? 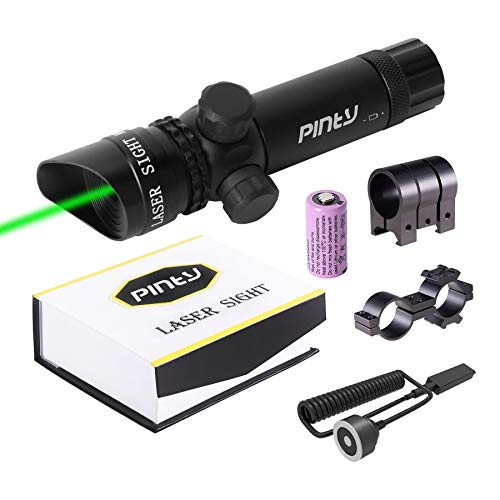 A strong-powered laser pointer will pop the balloons no matter what the color.

It is easier to pop a black balloon than to pop a white one since the black color absorbs a high amount of light when it is hit.

On the other hand, the white color reflects most of the light.

Moreover, green-colored lasers are five or more times brighter as compared to other lasers of the same power.

While yellow, purple, red, and blue colored laser pointers can also do the trick, the green one has more strength, particularly when it comes to visibility.

A 100mW green-colored laser would be five times brighter as compared to a 100mW laser pointer of purple or red color.

However, blue color laser pointers are great for burning, which can work for popping a balloon.

How to Pop a Balloon With a Laser Pointer?

Before you begin popping balloons with laser pointers, it is essential to go over some safety precautions.

Here are a few things to keep in mind:

Now that you are aware of the general safety precautions, here is how you can pop a balloon using a laser pointer:

Different colored balloons might take varying time to pop as the colors take time to absorb the heat coming from the laser that causes them to pop.

The white-colored balloons might not pop as it isn’t a color that easily absorbs heat.

You can certainly pop a balloon using a laser pointer, but it is essential to keep in mind that all lasers are not created equal, and neither are the businesses manufacturing them.

Some lasers might not be too powerful to pop a balloon that easily, and some might not work at all.

The same colored laser and balloon might take longer or would actually not work at all.

It can turn into a fun experiment to determine which laser works better and which colored balloon pops quicker.

Be sure to use quality lasers and use precautions when using them in this or any other experiment.