Are you investing in a new monitor and are wondering if your VGA cable can still do the trick to get you visually connected?

The most common manufactured monitors that you would find these days come in a resolution 1920×1080 with various connection ports.

While originally VGA had a standard maximum resolution of 640×480, these days, VGA cables are commonly known to support 1920×1080 resolutions comfortably.

And while there are slight drops in quality compared to HDMI in a 1920×1080 resolution, VGA still holds its ground. 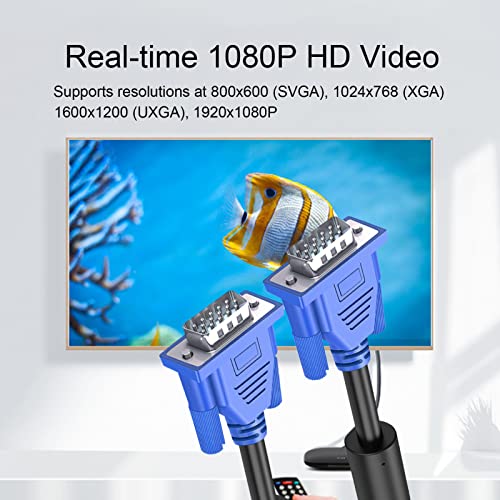 VGA technology has gone a long way since its introduction in 1987.

It is still one of the most prevalent display connector types, and most current monitors feature at least one VGA port. While HDMI is the preferable connection, VGA is still used.

Now, VGA can accommodate 1080p content, which has a resolution of 1920×1080. However, VGA’s quality deteriorates at higher resolutions because of the restricted signal source and connection quality.

VGA can even handle 1200p, giving you the HD version. As a result, it is completely capable of supporting up to 1080p and offers you an excellent opportunity to experience a high-definition display at a lower cost.

Even though VGA is not as widely used due to its analog nature and old standards, it still has a place in the display market.

That said, even if you have used up all your display interfaces by adding in additional monitors, you still might intend to add one more to the equation. You may find that your motherboard has an integrated graphics card that supplies a VGA port, allowing you to add a third or fourth monitor at a resolution of 1920×1080, if the monitor supports it. 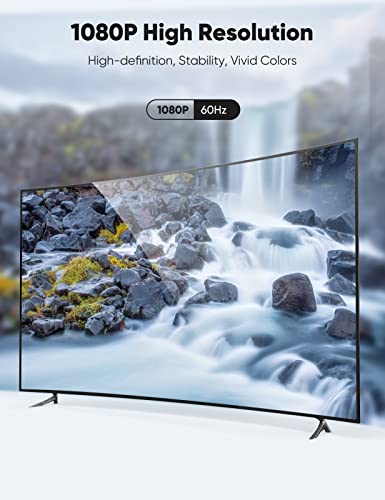 It may even push up to 85 Hz with a monitor that can support that refresh rate.  The long-lasting cable and transceiver play a significant role in sustaining a high-quality display.

With a damaged or deteriorated VGA cable, VGA visual quality may not consistently display 1080p. A 75 Hz refresh rate is commonly used for analog VGA transmissions, but even if a monitor can handle a 75 Hz signal, it will only display 60 Hz.

While most of us would enjoy increasing everything to the maximum, it is not always the best idea if you lack the hardware to support it.

What Resolution Can I Get With VGA? 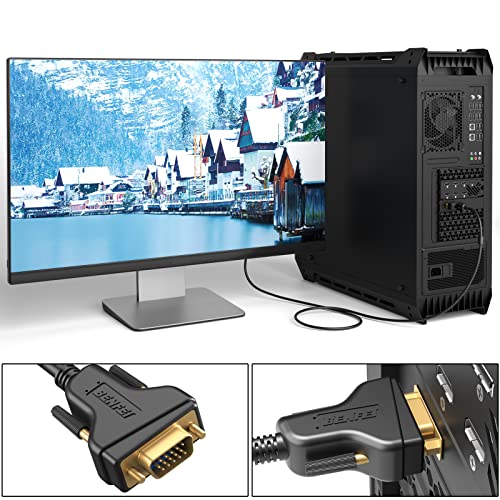 The traditional VGA cable has a maximum resolution of 640×480 and a refresh rate of 60 Hz.

However, it has been comfortably tested to run 1920×1080 at 60 Hz, and to be capped at its maximum without losing too much pixel quality.

The highest resolution of VGA is restricted by the signal source and the cable quality. Because it is analog, there is no bandwidth restriction; it depends entirely on the source.

The highest resolution for VGA on most contemporary graphics cards is 2048×1536. However, this varies depending on the vendor; I don’t advocate for VGA if you want to go higher than 1080p.

Due to a variety of reasons, VGA is not recommended for high resolutions.

Remember that greater resolutions will necessitate more video bandwidth, and even 1080p over VGA might be onerous on older computers.

On most computers, the VGA connector is directly attached to the motherboard. Therefore, the signal source is your CPU’s integrated graphics.

Another issue with analog connections is that signal quality declines over distance, so the result may not be genuine HD quality. To avoid this problem, use a short VGA cable.

Aside from those drawbacks, VGA is more prone to display faults such as dimness, interference, flickering, incorrect colors, signal cut-outs, and more, than its digital competitors.

Connectors that enable digital communications are substantially more dependable and accurate in general. 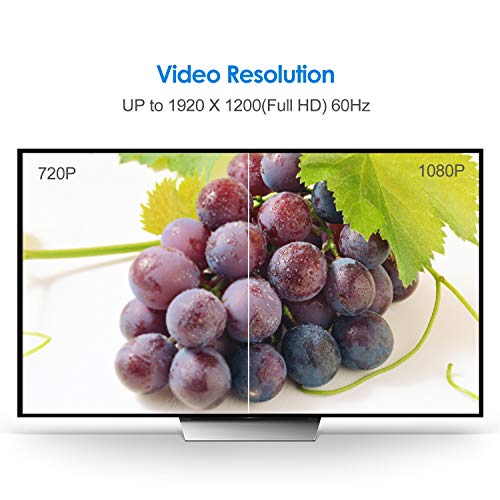 Unlike other standards, VGA has a unique technique of dealing with limited bandwidth.

Most devices can automatically adjust the screen resolution to maintain visual integrity. However, as previously stated, the quality of the cable plays a critical role.

Compared to shorter ones, lengthier cables do not always transmit the correct pixel density, color, and contrast when setting the resolution to 1920×1080, and they worsen when setting it higher.

With that said, VGA cables may still resolve up to 2048×1536 on monitors that can support it, not affecting resolution scaling.

2/ Is VGA Better Quality Than HDMI?

When it comes to VGA versus HDMI, HDMI is far superior to VGA for various reasons.

HDMI can not only convey more data (which translates to greater resolutions and frame rates), but it can also carry audio.

VGA connections are being phased away, although certain projectors and older monitors and TVs still have them. The most serious difficulty with a VGA connection is that most modern display devices utilize a digital interface.

Unfortunately, when a VGA signal is transformed from analog to digital, the visual quality is worse than with HDMI.

VGA is a nearly outdated technology because of its limitations, especially now that newer connectors like DVI and HDMI are available.

I would highly recommend only utilizing VGA for supplementary displays or watching content that isn’t inherently high quality to begin with.

HDMI or DVI will deliver the best and brightest visuals for regular use, particularly for gaming and watching Netflix.