The laser pointer needs no introduction. The (usually) petite, handheld device helps highlight things of interest on any target surface. It uses a visible light beam that produces a concentrated spot of light on the intended area.

When aimed at an individual’s eyes, laser pointers could cause transient visual concerns or even majorly hurt vision (if the light exposure is continuous). But the big question is, does the laser pointer light have the same (or any) negative impact on the skin.

In other words, “Does a laser pointer hurt when it comes in contact with the human skin?” and “Can the beam be sensed by humans?”

Not all laser pointers work alike. Some do not even use the same kind of batteries. Not to mention, the power generated by the device through the light could vary across laser pointer types or models.

What does all that mean? Read on to find out.

Can a Laser Pointer Burn Your Skin?

A store-bought laser pointer won’t burn your skin. You will not even sense the laser, except if the pointer light focuses on a particular spot on your body for minutes together and at a short wavelength.

Even then, you’ll only feel a slight heating sensation. There won’t be a burn or damage per se. Basically, any laser pointer with a power output of 5mW or less won’t hurt human skin, provided the wavelength is not too short (light is not concentrated) and the continuous exposure is limited to a few seconds.

Some people claim to feel the laser pointer. However, it’s a sensation birthed in their heads and not in reality. If the individuals closed their eyes and another person pointed the laser light at them, they would realize their brains did the tricks.

Moreover, not every individual has the same skin or type. Besides the various tones or complexions, the skin’s physiological makeup could also vary across individuals. That could determine how sensitive their skins are to external stimuli, such as a laser pointer.

Can You Touch a Laser Beam?

Because a laser beam is not a tangible element, humans cannot physically touch the light stream. They may block the light’s pathway since laser light can’t penetrate through, but nothing more than that.

In 2015, however, researchers from four Japanese universities came up with a hologram that people could supposedly touch. The 3D shapes created with the laser light reacted to interruptions caused by the finger.

When people touched the hologram, they felt a light sensation — courtesy of the ultrasonic radiation pressure, the level of which was reported to be at a “safe” level. The physical sensation was not significant but the tactility was quite realistic, similar to touching an inflated plastic. 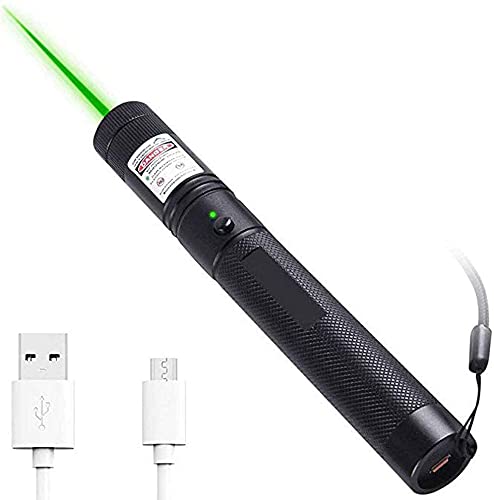 Though a laser device with a light power output of more than 5mW cannot be considered a laser pointer, that hasn’t prevented businesses or individuals from selling potent laser devices online.

A considerably powerful laser device is usually meant for research or industrial applications. But because there’s no clear or proper diktat on the sales and purchase of powerful laser tools online, the higher-power devices easily end up in regular people’s hands — who may use the device the way it was not meant to be.

Most laser pointers sold in the U.S. are classified as Class 2 (less than 1mW) or Class 3R (less than 5mW). These are the ones used during presentations.

The pointers that produce an output of more than 5mW are not in conformance with the law and are “non-compliant lasers”. The pointer devices available online for purchase could create a power output significantly greater than regular, store-bought pointers.

While the law mandates laser pointer power output to be lower than 5mW (milliwatts), not many know that the highest power generated can touch 5,000mW (and even higher). However, for the laser light to harm objects it contacts, the power output need not be close to 5K milliwatts. Even 100mW can hurt.

To give you some context or help you understand laser power outputs better, here are a few laser devices/applications and their requirements/churns:

If the output is less than 100mW strong, it will struggle to cause any visible damage to the target object. 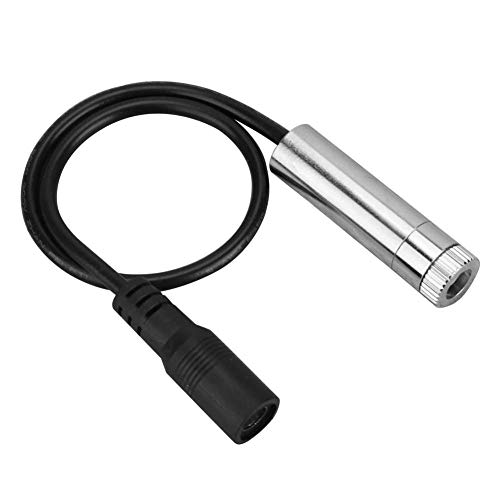 As the name makes clear, burning lasers can perpetrate severe damage on things it casts light on. With 100mW of power backing operations, the laser can light a match, pop a balloon, burn through plastics, and even incinerate human skin.

The laser, however, would not be able to cut through an electrical tape. For that, you’ll require laser light with a power output of 500mW or more.

Burning lasers use SMPS (switched-mode power supply) for power, unlike a lot less powerful laser pointers that use a single AA or AAA battery. You could, therefore, be sure that keychain lasers or lasers powered by an alkaline battery won’t burn your skin.

But because a burning laser looks awfully similar to regular laser pointers, someone stumbling upon a burning laser and not making an effort to find out the device’s power source could end up handling the laser to their and others’ peril.

Not many laser pointers have the power output clearly labeled on them. Therefore, do not handle a laser pointer or test its ability to hurt your skin if it’s not yours or you have no information about its power yield.

Most importantly, do not buy laser pointers for kids or let them come anywhere close to yours.

Thankfully, online marketplaces are making it difficult for sellers to furnish laser products, which churn out more than 5mW of power, to have “pointer” in their names. They are putting in efforts to ensure the laser pointers sold on their platforms are appropriately labeled.

As a customer, you must check off a few attributes to make sure you buy a laser pointer that won’t physically hurt you. Those traits include:

Regardless of the laser pointer you pick up, never point the light into your or someone else’s eyes. It will hurt. The damage could be permanent or reversible depending on the period of continuous exposure to the laser.

When used correctly, laser pointers pose no real threats. Even if you happen to veer outside of the prescribed usage, you should be fine. Any damage to the skin is most certainly out of the question.

Things become severe, or a cause for concern arises when the laser pointer being used is much stronger than what’s recommended for general use. If the beams from those pointers come in contact with your skin, be ready for things to go wrong.

And, as mentioned earlier, if you are using a pointer whose power output is more than 5mW, that’s technically not a laser pointer — at least, not under federal law. In that case, the damage inflicted by the device’s light on your skin will not be considered the doings of a “laser pointer”.

These lazers should not be sold I am a victim from nabghours useing these on me I have been burt all over my body ,