Watching sports is a passionate activity for many people. With eyes glued to the screen you want to capture as much detail as you can.

What better way to amp up your experience than with powerful projectors? The enlarged images make you feel like you’re part of the action.

Good projectors have a way of bringing motion pictures to life. Whether you are projecting games or movies the experience is always remarkable.

Are you wondering what specifications to look out for?

This article will give you a detailed guide to selecting your sports projector. We have created a list of the best projectors to watch sports for you.

IN A HURRY? HERE’S OUR TOP PICKS

Buying guide: What Should I Look For in My Sports Projector?

Here’s the thing: not just any projector will do. Projectors come with various features and their applications are varied too.

While some projectors are for PowerPoint presentations or church projection, others are absolutely incredible at projecting games.

Let’s consider some features to look out for in the best projectors to watch sports:

The light output of a projector plays an important part in its display quality. Projectors for sports should be very bright and have high lumens.

So, how many lumens do you actually need for sports projection?

The answer to this question depends on the size and lighting of your viewing space.

If you want a projector for your home theatre, 1000 to 2000 lumens is enough. The brightness would be sufficient for an enclosed space with controlled lighting.

If you have a large space with more ambience, you will need brighter projectors. 3000 or more lumens will do.

This is the ratio of the width of a display to its height. The aspect ratio of a projector tells us the shape of its image.

Some projectors can display in more than one aspect ratio depending on your setting.

When we speak of projecting games, the idea is to fill a screen much larger than your TV.

Your sports projector should be able to project 100″ or more of sharp pictures.

The display size should depend on the amount of space available in your room. There’s no need to purchase a projector with a display size that you do not have the space for.

This means that the image they display is as wide as ½ their distance from the screen. Throw ratios can influence where you mount your projector.

To get large images on a 2:1 throw ratio, the projector will have to be mounted far from the screen. This may be impossible in small theatre rooms.

Good news: some projectors have much smaller throw ratios. They are called short-throw projectors. They can project large images from a short distance.

The best projectors for watching sports are home theater projectors. They have better image quality and contrast than business projectors.

HD resolution uses more pixels than WXGA, so they produce better images. HD projectors are the better option if you don’t mind a little extra cost.

You can always go all out and purchase one with a 4K resolution even. However, if you’re working on a budget, WXGA projectors will do.

3D adds a certain oomph to cinematic widescreen projection. Since 2011, more of these 3D and 3D-ready projectors have entered the market.

3D technology gives your brain the illusion of depth.

With the aid of 3D glasses, it delivers a somewhat different image to each eye. Your brain combines the two different images and interprets them as a single 3D image.

Nothing can be more thrilling while watching sports. 3D or 3D-ready projectors are definitely a plus.

The 5 Best Projectors To Watching Sports On

Everything counts when it comes to selecting a projector. From brightness to the size of your projector, every feature should fit your needs.

Based on our selection guide, we have created a list of our top 5 projectors for watching sports. They are: 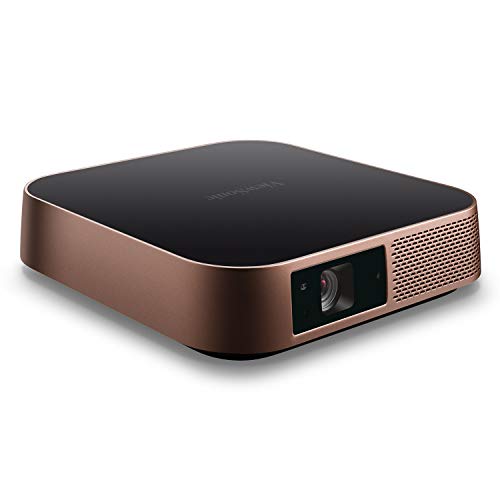 This LED projector is the most portable option on our list. It is easily transported and very efficient.

If you have a home theater but you want a projector you can also take on-the-go, the ViewSonic M2 is a great option for you.

Rooms with controlled lighting do not require very high lumens. This projector has a brightness of 1200 lumens so it is very fitting.

ViewSonic equipped this projector with Cinema SuperColor+ technology. This gives it great color at its 1080p HD resolution.

It has multiple connectivity options like HDMI, USB, Micro-USB, and Bluetooth.

Here’s what seals the deal: This small projector is 3D enabled. You can watch your favorite games with life-like quality.

The Optoma HD146X is our choice for outdoor projection or large audiences. It is a DLP projector with standard throw.

If you want to project for a large audience, this projector is the way to go. DLP technology lends it great color accuracy.

The Optoma HD146X is capable of 3D projection. So, the bright green of a field or blue hue of a jersey seems to jump at you from the screen.

This projector displays images with a native resolution of 1080p. It has 3600 lumens of brightness for crisp and detailed images.

This projector has a contrast ratio of 500,000:1 and 16:9 aspect ratio. It is easily connected to other devices via USB, HDMI and other ports.

Its lamp demands a powerful fan to keep it from overheating. If you’re projecting with external speakers, you would not hear the fan at all. 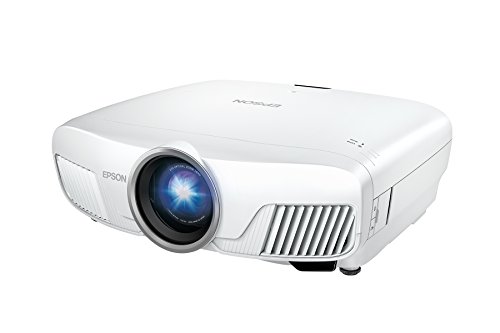 The Epson 5040UB is a powerful 3LCD projector. It is known to brighten your screen with beautiful pictures.

This projector weighs about 24 lbs. It is not portable, and is best suited for mounting in a theater room.

Want to install some distance from the screen? This one has a standard throw. This means that you can install it behind you for convenience.

Its 2500 lumens brightness is paired with an UltraBlack 1,000,000:1 contrast ratio. Combined, these two features bring your screen to life.

The Epson 5040UB has a 4K UHD resolution. It supports 4K and 1080p images. Its lack of a lag time makes it a good option for not just watching games but also playing them.

It connects with other media devices using HDMI, USB, LAN, and Mini-USB. It is a 3D projector. What more can you ask for, really? 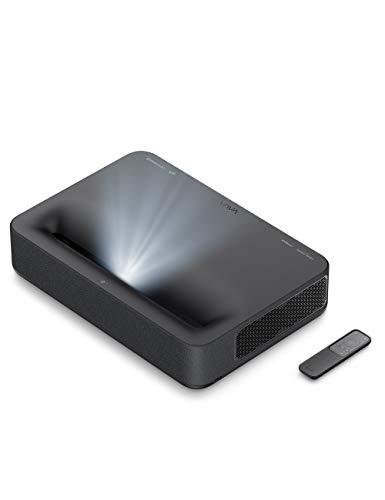 The VAVA 4K projector is the best performing projector on our list. It has an ultra-short throw ratio that makes it perfect for projecting in small spaces.

This projector is suitable for nearly every application. It is best for those who have a very small distance between their screen and the opposite wall.

The 4K resolution ensures images have a crisp and detailed quality. It has 2500 lumens brightness and 3000:1 contrast ratio. This is perfect for home theaters with controlled lighting.

This projector is smart and used an Android 7.1 OS. It can run apps like Netflix, Amazon prime and its own app which also serves as a remote.

The VAVA 4K projector comes with many connectivity ports. They include 3 HDMI, 1 USB, and AV. 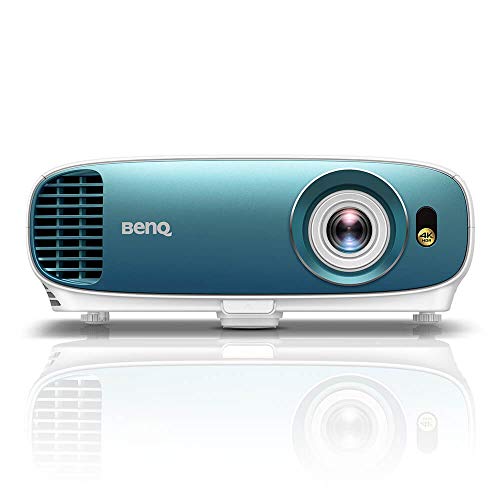 The BenQ TK800 is the most affordable projector on our list. Surprisingly, it is a great substitute for the VAVA 4K projector if you’re on a budget.

This projector is suitable for people who want a 4K resolution display but are on a budget. It produces a sharp 4K-like image quality.

The BenQ TK800 has a native resolution of 1080p and 16:9 aspect ratio. However, its DLP chip flashes images 4x in quick succession. This projects a 4K image.

Can’t control the ambience in your home theatre? Don’t worry.

This projector has 3000 lumens brightness and 10,000:1 contrast ratio. This ensures it delivers bright and clear images regardless.

The BenQ TK800 has customized picture settings. You can choose from sports, football and other modes to optimize your experience.

This projector has a throw ratio of 1.5:1. It can project clear images up to 200″. Its connectivity options include VGA, USB, AV and HDMI inputs.

Don’t miss out on all the fun of watching your favorite games. Using a good projector to enlarge the image will make all the difference.

At Pointer Clicker we recommend the Optoma HD146X as the most effective projector at an affordable price.

If you’re on a flexible budget, try out the VAVA 4K projector. It is the best performing projector on our list. Happy viewing!