There is a lot of confusion and debate around Thunderbolt and Mini DisplayPort, and it’s expected. After all, the two connections have the same shape and use an identical connector.

While these similarities hold some weight, the difference is significant. Thunderbolt connectors can support both types, while Mini DisplayPort connectors only support Mini Display devices. Also, the symbols on the port and on the cable are different, even though the shape and size are similar.

What Is a Mini DisplayPort? 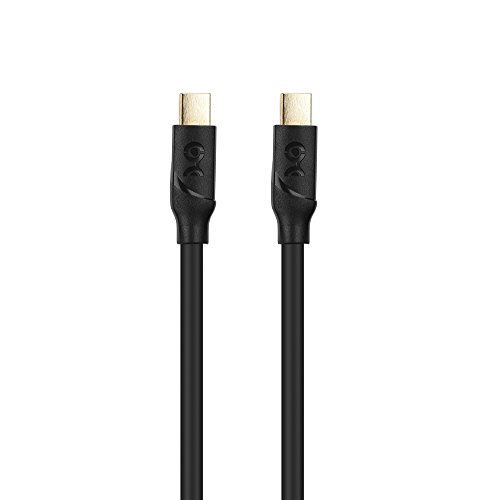 Mini DisplayPort is a miniature version of the DisplayPort  introduced in 2008 by Apple. It’s a passive connection whose main function is to transmit audio and video signals from a source device to a display.

Initially, Mini DisplayPort was only fitted on MacBook, MacBook Pro, and MacBook Air computers to replace the Mini-DVI and Micro-DVI. But over time, the connection has become an industry standard. It’s now fitted on other PC notebooks from HP, Dell, Lenovo, Asus, Microsoft, and other popular brands.

And just like other industry-standard connections, Mini DisplayPort is backed by VESA.

The connection is considerably smaller, smaller than even Mini-DVI and USB. It uses small plugs and sockets and offers a plug-and-play performance.

What Is a Thunderbolt? 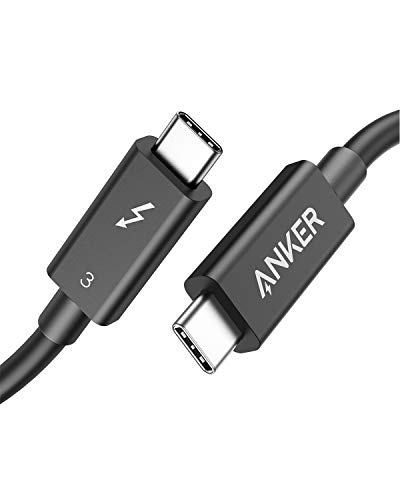 Thunderbolt is an interface launched in 2011 out of a partnership between Apple and Intel. It was developed to be an upgrade of the Mini DisplayPort, and hence transfers data faster and carries more data.

The connector carries data in addition to audio and video signals, as well as power, all in one cable. It can therefore be used to connect devices such as hardware enclosures and docking stations. You can also connect up to six different devices through a daisy chain.

Formerly known as Light Peak, Thunderbolt was created to bring a desktop-like speed experience to mobile devices and other external devices.

With just this single cable, you can access high resolution and high-speed media by connecting to one port that can access both DisplayPort and PCI Express

An impressive feature of the Thunderbolt is that it is bidirectional. This means that it can send and receive data all at once.

Thunderbolt delivers superfast connectivity of up to 10 Gigabits per second. This is faster than technologies such as USB and FireWire 800. And if you consider this superfast, try out Thunderbolt 2, 3, and 4, which have impressively high speeds and similarly support very high-resolution displays. Thunderbolt 2 delivers connection speeds of up to 20 Gbps while Thunderbolt 3 and 4, both deliver speeds of up to 40 Gbps. 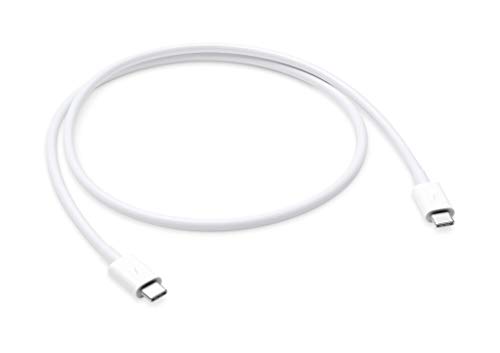 The difference between Thunderbolt 3 and 4 is not in the speeds since they deliver similar connection speeds, rather, it’s an increased video data support which is twice the capability of Thunderbolt 3. Also, Thunderbolt 4 can support a single 8K display or two 4K displays and has an added security feature, the VT-d protection.

Thunderbolt vs Mini DisplayPort: Are They the Same?

No, Thunderbolt and Mini DisplayPort are not the same, even though they technically look alike.

Despite the signals each carries, they work pretty much the same independently. The challenge comes in when trying to connect one to the other.

As you can tell from the table below, you can connect Mini DisplayPort devices using a Thunderbolt, and they will work just fine.

But when you connect Thunderbolt devices with a DisplayPort, they will not function even though, technically, the connector is the same, and you can physically connect one to the other. 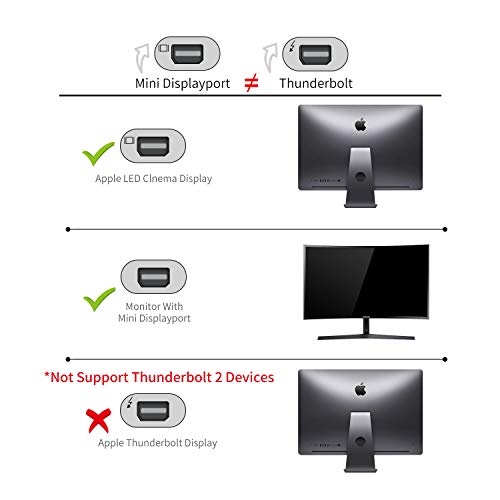 Because of the data transmission function, Thunderbolt is regarded as a composite interface. It transmits data to external devices such as sound cards and graphics cards via the PCI slot in the CPU in addition to transmitting audio/video signals to displays. Mini DisplayPort, on the other end of the scale, can only transmit video and audio signals to displays.

While both the Thunderbolt and Mini DisplayPort perform exceptionally well, Thunderbolt scores higher than its counterpart. It is much faster, with Thunderbolt 3 and 4 offering speeds of up to 40 Gbps. And it helps with the performance and speed that Thunderbolt is backward compatible. 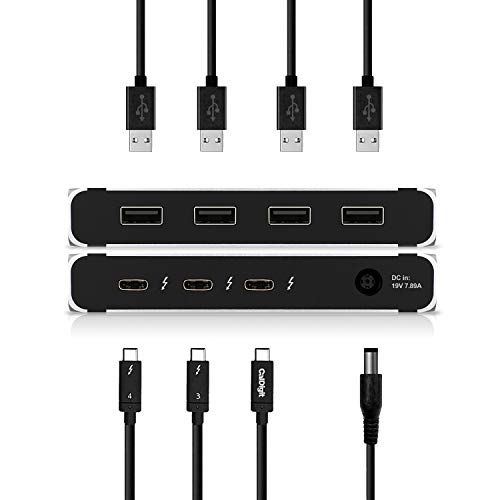 Mini DisplayPort, too, performs reasonably well at transmitting high-resolution video and audio signals to displays, just as the name suggests.

It’s hard to tell the difference between the two unless you have the two up close, or you’ve at least had an encounter with the two. Their interfaces have a similar shape and size, however, the symbols are different.

Thunderbolt has a lightning bolt logo, while Mini DisplayPort has a widescreen rectangle shape between two vertical stripes. 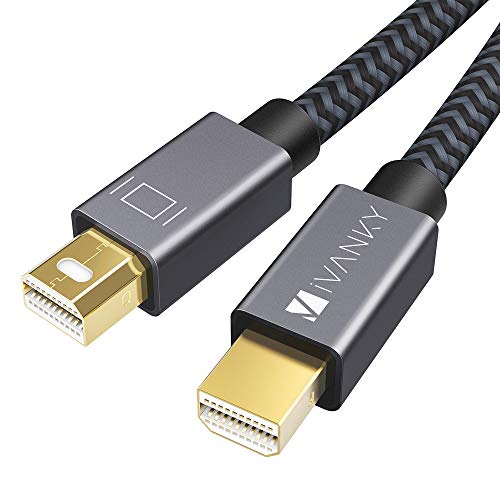 Mini DisplayPort is a miniature version of the DisplayPort, it carries high-resolution video and audio signals to displays. Thunderbolt on the other hand is a composite interface that caries data, audio, video, and power all in one port to a display or external device.

This sums up the biggest differences between the two and hopefully clears the confusion that has existed for longer than is necessary.

By introducing Thunderbolt as an upgrade from Mini DisplayPort, Apple is trying to keep things pretty simple by keeping the number of ports on their devices minimal.

It’s the reason it chose not to include the USB 3.0  on their new devices, but instead included the Thunderbolt. And it’s easy to see why — Thunderbolt has higher bandwidth and is much faster than all the connections.