If you’ve invested in a sound system, whether for your car, guitar amplifier, or home theater, you’ll want to get the best audio quality from it.

Setting up a sound system is more than just plugging cables. You have to consider how you’re going to wire them all together so you can maximize your audio output quality.

There are two main ways to wire your speakers: series and parallel wiring. Generally, parallel speakers create a better and louder sound quality than a series wiring. But that comes with a price. And, as always, there are exceptions to the rule, but we’ll get to that later.

For now, let’s go over the basics.

You might be wondering, does it really even make a difference if I wire my speakers in series or parallel?

The answer? Well, it depends on how many speakers are involved.

Having one speaker connected to the amp is only done through parallel wiring. But it starts to get tricky when multiple speakers are involved. Which brings us to… 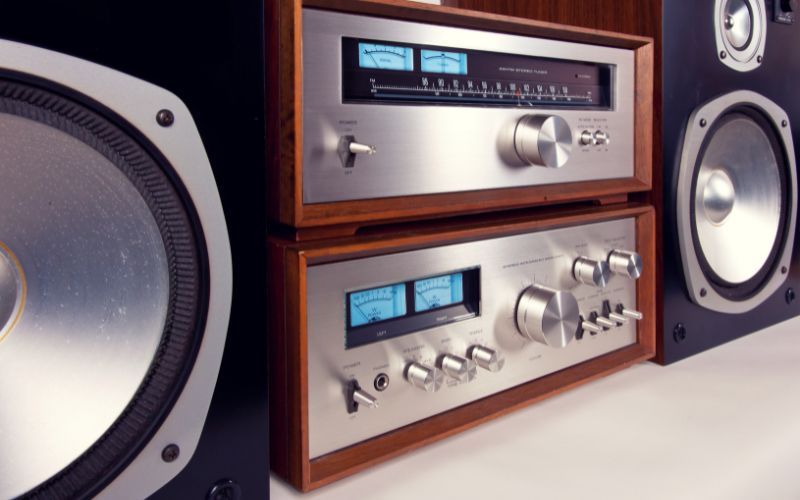 To fully understand the importance of correct wiring, we need to arm you with a bit of audiophile jargon.

Speaker impedance is how much a speaker ‘impedes’ or ‘resists’ the current coming from an amplifier.

Impedance is typically measured in ohms. The higher the impedance of a speaker, the lower the required power to flow from an amp. Which means a 4-ohm speaker will draw out more power from an amp compared to an 8-ohm speaker.

But what does this have to do with proper speaker wiring? Simple.

Amplifiers have a limit to how much power they can produce. If there is an impedance mismatch between your speakers and amplifier, your equipment might overheat or short circuit, creating a potentially dangerous environment for you. 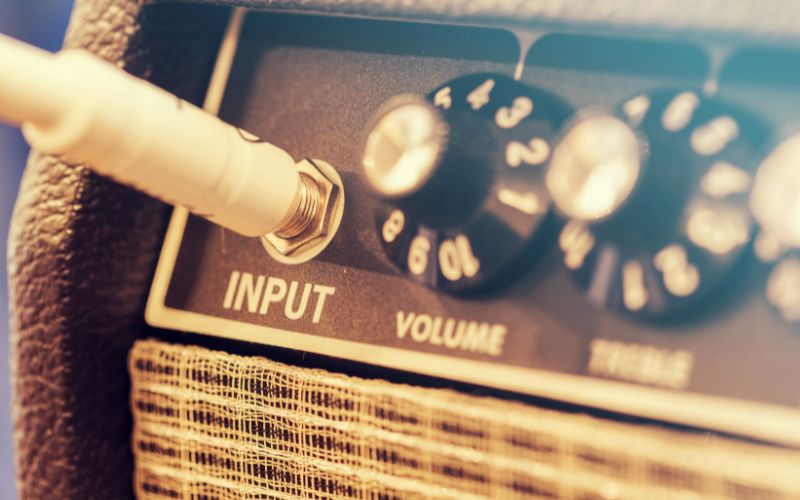 Connecting speakers that are within the impedance load of your amplifier also gives you a better sound quality.

When dealing with a single speaker, you don’t need to be as vigilant with ohms. But when you’re planning to connect multiple speakers to an amp, you have to be more mindful with your amp’s ‘impedance load’ or capacity to supply power to your speakers.

You will have to make some basic calculations, and wiring your speakers in parallel or series will affect that calculation.

What is Parallel Wiring?

When speakers are connected using parallel wiring, their overall impedance lowers. And when the impedance decreases, the amplifier supplies more current.

This means more power is required from an amplifier when connecting multiple speakers with parallel wiring.

In parallel writing, these are two cases you need to consider:

Case 1: Speakers have the same impedance

With that being said, for every speaker you connect to the amp through parallel wiring, the impedance is divided by the total number of speakers.

For example: you plan on connecting two 8 ohms speakers in parallel.

You would need to divide 8 by 2 and you’ll come up with 4 ohms—with 8 being the ohms of both speakers, 2 being the number of speakers you connect to the amp, and 4 ohms being the total amount of impedance you get.

Another example: you have four 8 ohms speakers in parallel. The total impedance is 2 ohms.

Since you have four speakers, you divide the amount of speaker impedance (8 ohms) by 4. The total impedance you will then get is 2 ohms.

In this case, you’ll need to use a different formula:

Let’s say you have two speakers with 4 and 8 ohms respectively. When applying the above formula to calculate the total impedance, we will have 2.7 ohms. 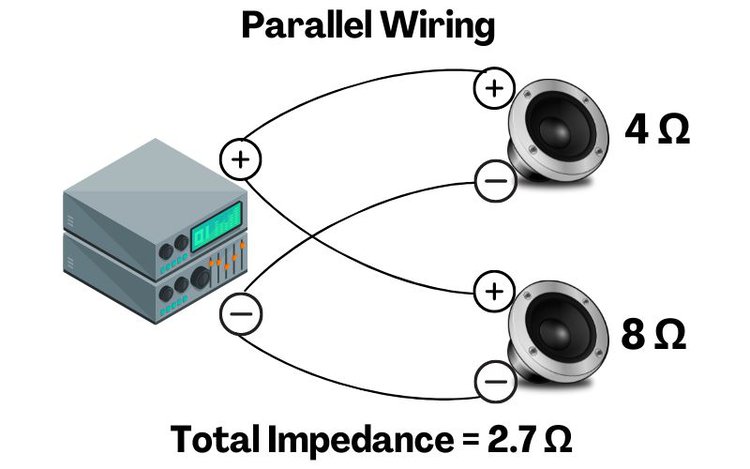 One advantage of parallel wiring is how straightforward it is to follow. All you have to do is connect the same terminals across all your equipment.

Parallel wiring also generally produces a louder sound than series wiring. This is because, like we said earlier, connecting your speakers in parallel lowers the overall impedance of your speakers, allowing the amp to generate more power for your speakers.

So you get more power and louder sound, but what’s the catch?

Because parallel wiring lowers the amount of speaker impedance, this forces the amp to generate more power. And sometimes, that is not good because it can overwork and damage your amplifier in the long run.

Parallel wiring is also cable-inefficient. When working with more than two speakers, you will have to invest in more cables.

What is Series Wiring?

Remember: the higher the speaker impedance, the lower the current supplied by your amplifier.

The formula for series wiring is much simpler. You simply add in the impedance of every speaker connected to the amp.

For example: Two 8 ohms speakers and you get 16 ohms of impedance. 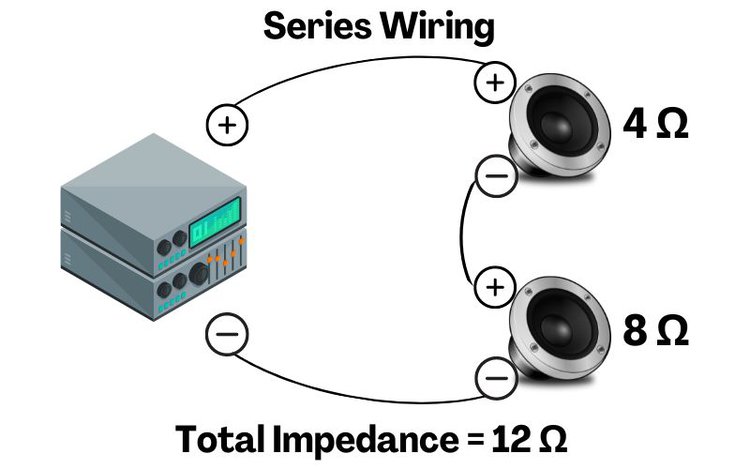 The biggest advantage of a series wiring is energy conservation. Connecting your speakers with series wiring increases the overall speaker impedance, requiring a lower output power from your amplifier than parallel wiring.

On top of all that, a series wiring is also easier to set up because you use lesser cables.

The very strength of series wiring is also its weakness: low power usage.

Since connecting your speakers brings more resistance to your amp’s current flow, your speakers will produce a marginally lower volume as you add more speakers.

This scenario generally won’t be a problem if you use two speakers. Whether you use parallel or series wiring, you probably wouldn’t hear any difference with both setups.

The takeaway from all this? As a rule of thumb, parallel speakers are louder than series speakers. But this comes with a corresponding drawback: the louder your speakers are, the more power is flowing from the amp

So the most important lesson here is to be mindful of the impedance ratings indicated on your equipment to avoid damage!