HDMI splitters are usually recommended for people who have more than one monitor. It’s also a must-have if you plan on having two monitors showing one game.

But what is it and is it really necessary? Is having separate direct HDMI connections better?

Well, no one wants to have a bunch of wires showing on their walls and floors. And we’re sure that if you had a chance to lessen those wires, you’d take it.

So if this is something you also want to do while connecting two or more monitors, we suggest that you hang around for a bit to know more about HDMI splitters.

What are HDMI splitters for? 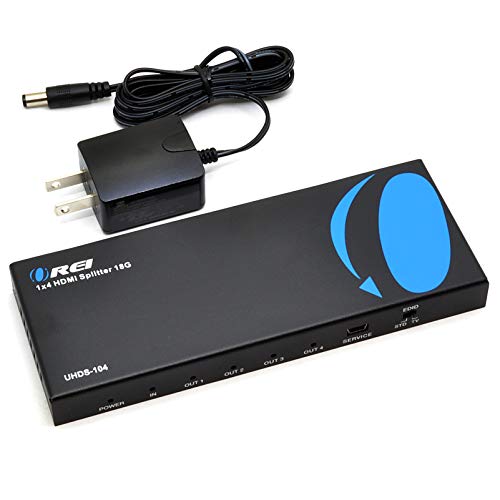 An HDMI splitter  is an accessory that duplicates the digital signal coming from a source and splits it to the other HDMI cables connected to it.

For example, you want to play on two screens with just one console running. When you use a splitter, the signal coming from your console will be duplicated and fed to your other screens.

Sounds simple, isn’t it? It is!

Plus, the setup is quick and easy.

All you have to do is connect the wire that came with the HDMI splitter to your console. If you want to watch a TV show, you can connect it to a cable box instead.

You’ll notice that there are other HDMI ports on the other side of the splitter. Depending on what you buy, your HDMI splitter can have two or more ports.

These are HDMI output ports that send signals from your source to the other screens connected to it.

The next thing you have to do is connect the HDMI cables of your monitors to those ports. Fire up your monitors and your console/cable box, and the display should be seen on both screens.

Are HDMI splitters safe for your devices?

Yes, HDMI splitters are safe for your devices. Since it only duplicates digital signals, it doesn’t generate a signal of its own that can interfere with your other devices.

Digital signals, when copied, don’t reduce the quality of your video and audio too. So if you’re worried that your movie won’t be high-definition, you can put this worry to rest.

On the other hand, if it’s input lag you’re concerned about, know that HDMI splitters don’t produce any input lag, or at least, it won’t be noticeable.

Do HDMI Splitters add LAG to your games ???

It’s called a lag because it’s a delay caused by a lower refresh rate of one of your devices. And one of those devices can be an HDMI splitter.

So in general, HDMI splitters are safe to use on your devices.

Before answering this question, allow us to give you a context on why legality is a concern here.

HDMI cables and accessories often have a built-in High-Bandwidth Digital Content Production or what you might know as HDCP.

HDCP protects from streaming or duplicating copyrighted content. It works by encrypting the digital signal coming from your streaming device or console going to your screen.

Think of it as a security measure where the source and the display send signals to ensure that copyrighted content is not pirated.

To be able to play copyrighted content, all the devices connected to your display should be HDCP-compliant.

This is where the question of legality comes in when it comes to HDMI splitters.

Usually, HDMI splitters are HDCP-compliant. However, there are some brands and units that aren’t. If you’ve heard bout splitters not sending signals to display, then the cable or accessory is probably not HDCP-compliant.

There are also cases where an HDCP-compliant HDMI splitter can play audio and video. This happens when the content you are playing has a fallback to play in lower resolution.

Of course, the downside of this is that you watch a lower quality video than when you have  HDCP-compliant devices.

But the good news is that HDMI splitters in themselves are legal. It’s even more legal when it’s for fair use, meaning playing copyrighted content or recording your own game.

Should I use an HDMI splitter or switch?

HDMI splitters and switches are different accessories. They are often used interchangeably, but they have different purposes.

HDMI splitters are for people who want to display games or shows to two or more screens without buying another TV box. 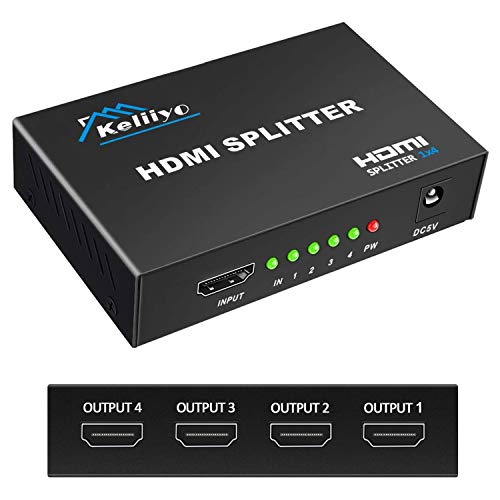 Before splitters existed, the usual setup was to have another cable box or satellite dish for every TV you have. And if you have a console, you’re only limited to using one screen display for your game.

But thanks to HDMI splitters, these concerns no longer exist. Plus, you save space and money because you no longer have to add a full setup.

All you need is a source (a receiver, cable box, console) and HDMI cables that will connect to your other screens.

On the other hand, HDMI switches are for people who have limited ports on their TV. In this case, the switch acts as an extension port. 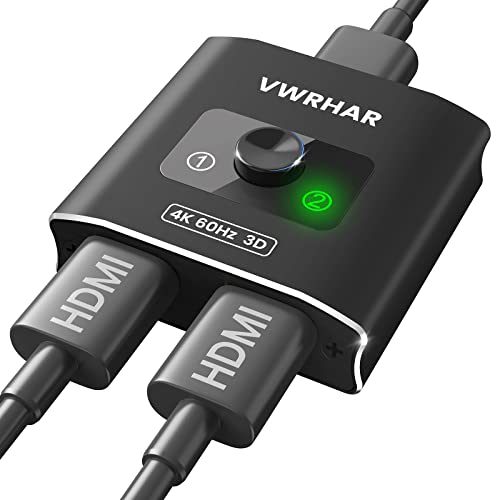 But unlike the extension cords we use, HDMI switches don’t run signals to all the connected devices. Rather, it only goes to one cable, whichever is connected to an active device.

So if you don’t have another display to share video and audio to, we recommend using HDMI switches.

Despite legal concerns surrounding HDMI splitters, it’s still safe to use on your devices. However, we recommend buying HDCP-compliant splitters so you won’t encounter problems in the future.

HDMI splitters are great for those who want to display the same thing on two or more screens.

And since digital signals are duplicated without any quality reduction, this is a good accessory to have.